A Non-Nazi View of Jews in Weimar and Early Nazi Germany. Clarity on 1938 Zbaszyn (German Jews Expelled to Poland)

The British author wrote this book just before the Second World War broke out. For this reason, it provides a unique perspective- one that… 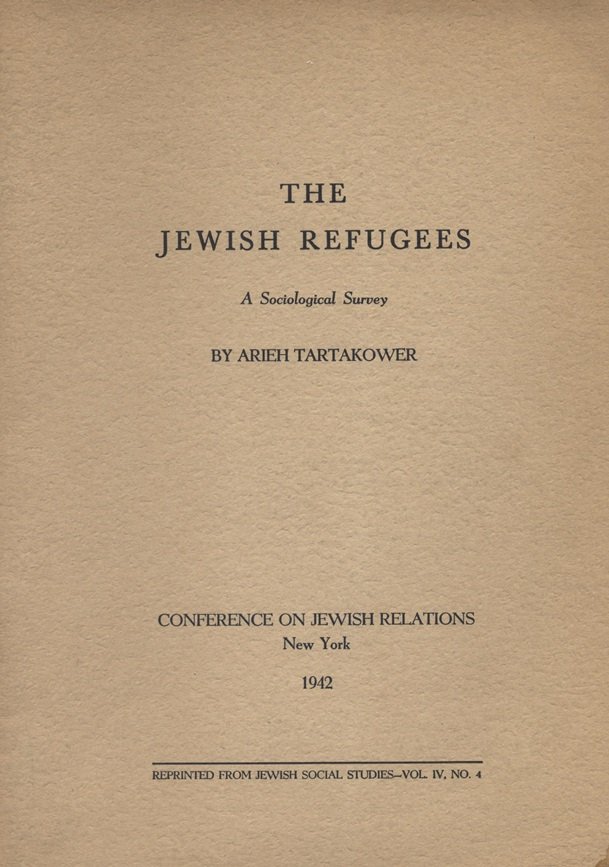 Insights Into Polish Policies Towards THE Third-Reich Jews Dumped at Bentschen (Zbaszyn) 1938 This heavily-documented work contains many facts and figures on the early-middle WWII-related movement of Jews across, Europe, Palestine, the USSR, and other nations. In terms of historical development, the authors… Read more 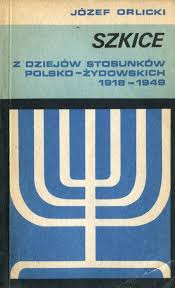 Insights into the 1918 Pogrom Horror Stories, the So-Called Minorities Treaty, and the 1937 Schechita Law ESSAYS ON POLISH-JEWISH RELATIONS, by Joseph Orlitzky, is the English-language citation of this Polish-language work. My review is based on the original 1983… Read more 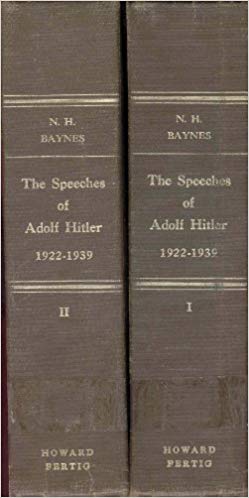 The Speeches Of Adolf Hitler, April 1922--August 1939: An English Translation Of Representative Passages, by Adolf Hitler. 1942 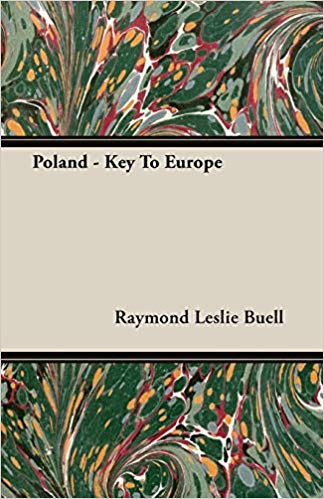 Interwar Poland: The OZON Government's anti-Jewish Policies Were NOT an Imitation of Those of Next-Door Nazi Germany In this mini-encyclopedia of Poland (1918-1939), [review based on 1939 edition], one learns about matters as diverse as the Polish achievement in… Read more 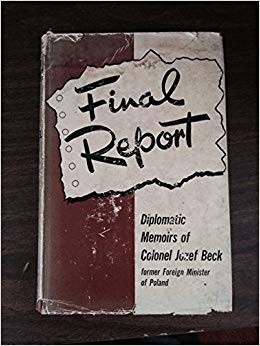 OZON Government Was Not Fascist. Not Only Jews: Slavs as Scapegoats Until the Very End! Nolte 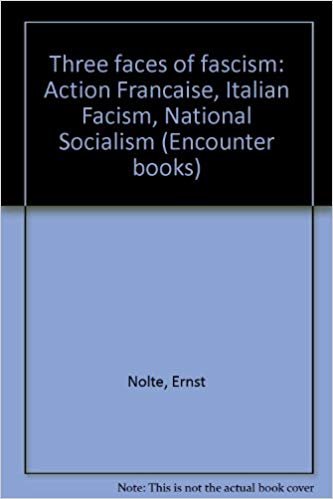 This Scholar Censored Because Crimes of Nazism are Like Those of Communism. Verboten! Pre-WWII Polish Government Was in No Sense Fascist German scholar Nolte first points out that the term fascist has been widely over-used, and… Read more

Why Sunday Closing Law Was Necessary. Why NUMERUS CLAUSUS at Universities was Necessary. Polish Insurrections Had Value Even Though They Failed This single volume is a mini-encyclopedia on pre-WWII Poland, and I can only touch on a few issues. There is much detail on notable… Read more

Politics and Poetry: The Case of Julian Tuwim, by Magnus J. Krynski. 1973

Julian Tuwim and the Skamanders in the Light of Their Endek Critics. Endeks Were in No Sense Nazis or Nazi-Like. Early Politicization of the Narutowicz Assassination Author Magnus J. Krynski, attempts to defend Julian Tuwim from Endek… Read more 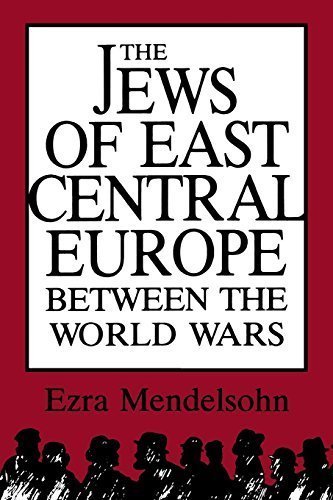 The Jews of East Central Europe Between the World Wars, by Ezra Mendelsohn. 1987

The Minorities' Bloc, the Antecedent to the Narutowicz Assassination, Was Admittedly a Grave Provocation. Jewish Economic Hegemony: Why Endek-Led Boycotts Were Necessary Owing to the breadth of the topics covered by this work, my review… Read more 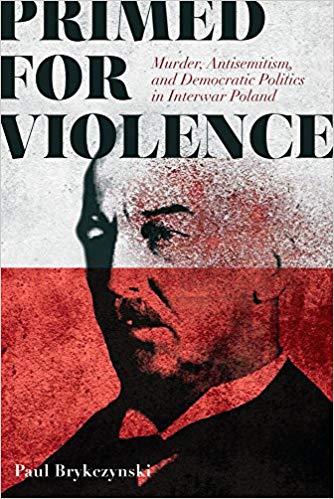 A Revival of the Decades-Old Politicization of Political Assassinations. Obvious Parallels With Old Communist Propaganda

This book is telling nothing new. The authors whom Brykczynski admires or cites (p. xiii, pp. 202-208) are themselves instructive.… 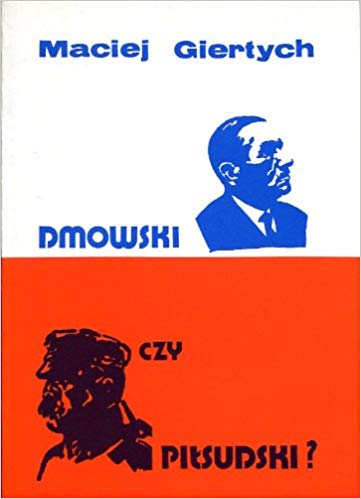 Why Not Dmowski AND Pilsudski? Insights on the Much-Politicized Narutowicz Assassination DMOWSKI OR PILSUDSKI is the title of this Polish-language book. It contains helpful timelines of major events in the lives of both Dmowski and Pilsudski. (pp. 131-133). The author sees Dmowski… Read more

My Diary at the Conference of Paris, With Documents, by David Hunter Miller. 1924

The Definitive Work on the So-Called Minorities Treaty (1918), and Its Expansive Provisions for Unprecedented Separatist Rights for Jews, at Poland's Expense This prodigious diary consists of 21 thick volumes. They feature the implications of… Read more 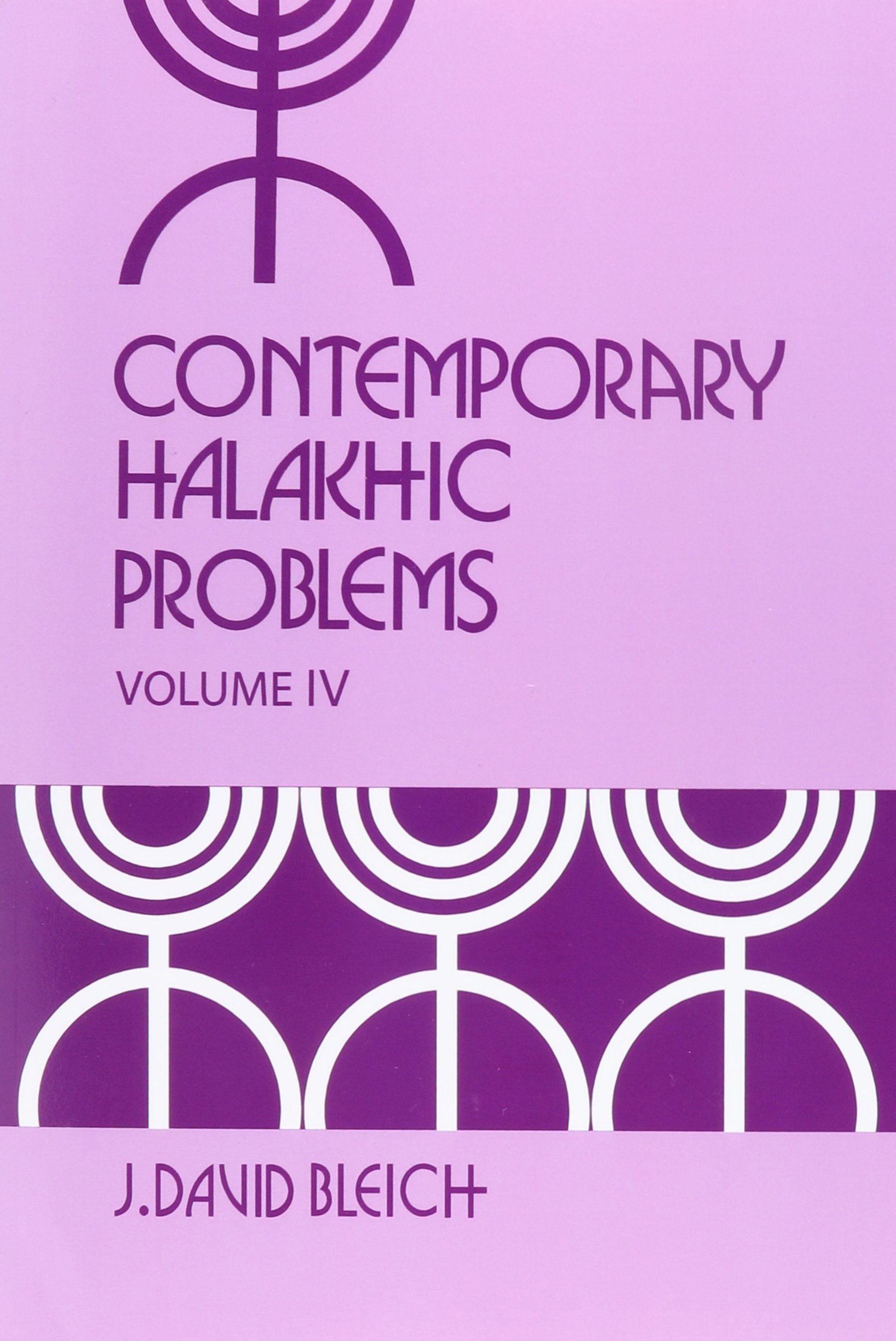 Jewish Teachings Behind the Medical-School “Cadaver Affair” in 1920s Poland (Jewish Medical Students Dissected Only Polish Cadavers): A Dual Morality Governing the Jewish Dead and the Non-Jewish Dead This work discusses many topics, of which I mention a few. There is… Read more 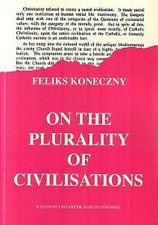 A Fascinating Taxonomy of Civilizations. Poland is the Eastern Output of Latin Civilization This work, originally published in 1935 in Polish and reprinted in this 1962 English-language edition, contrasts with the "all peoples are basically the same" thinking of modern… Read more

Jews To Madagascar Idea Not Polish. Zionists Invented It. Eichmann 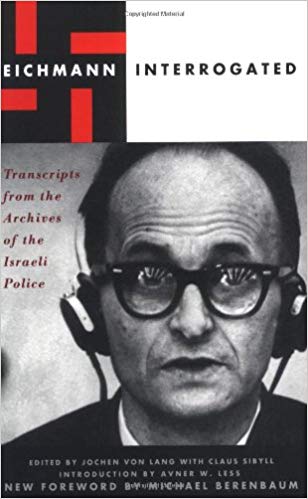 Jews To Madagascar Idea Originated Not From Poles But From the Pioneering Zionist Teodor Herzl This book contains assorted interesting information. I focus on a few matters of lasting… Read more 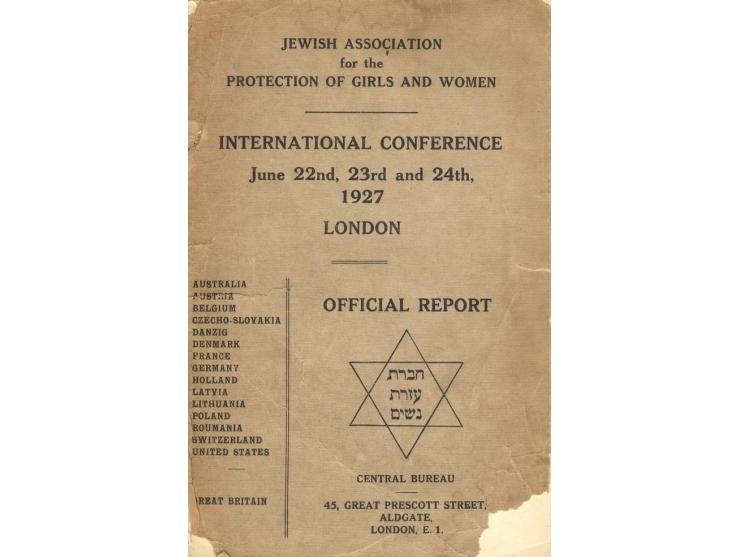 Official Report of the Jewish International Conference on the Suppression of Traffic in Girls and Women, by Jewish Association for the Protection of Girls and Women. 1910

Jews as Victimizers and Victims of Prostitution: A 1927 International Conference My review is based on the 1927 edition. In a… Read more 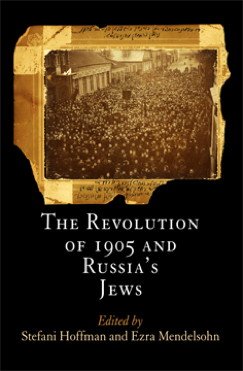 Jews and Military Service. Jewish Separatism: The Yiddishist Movement This is a very “meaty” book, not for the casual reader that goes far beyond the 1905 Revolution. Owing to the wealth of information presented, I touch on… Read more 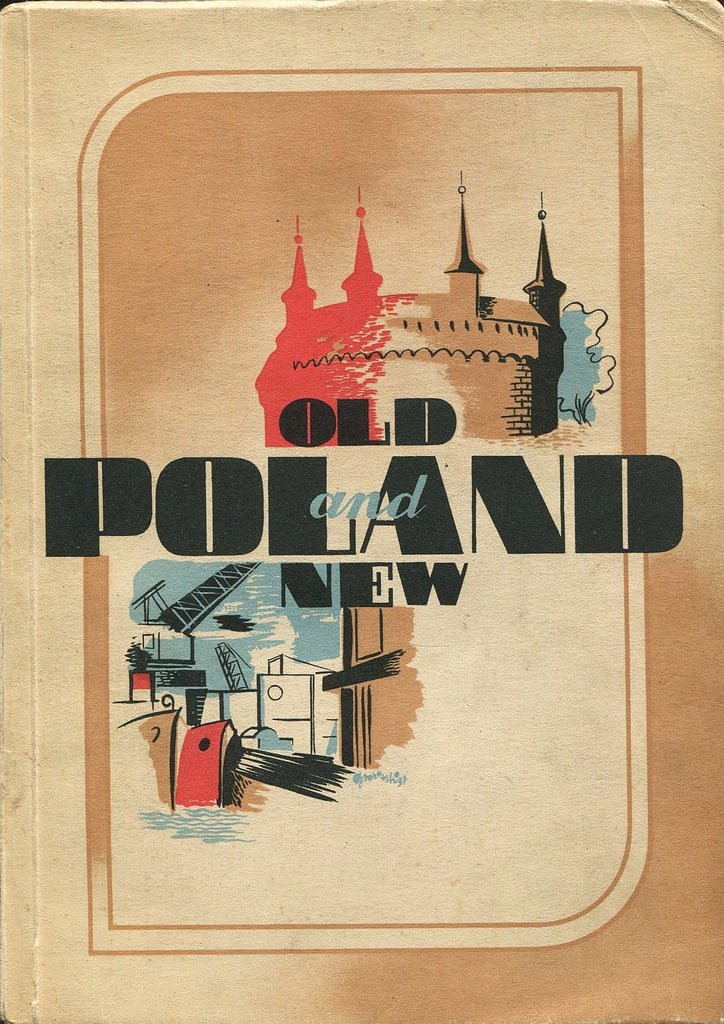 May 3, 1791 Constitution Details. 1926 Pilsudski "Coup". Jewish Occupational Structure. Jewish Poverty Not the Poles' Fault This book begins with a good description of Polish tales, such as the ones surrounding the Krak, Wanda, Popiel, etc. It affords a broad… Read more 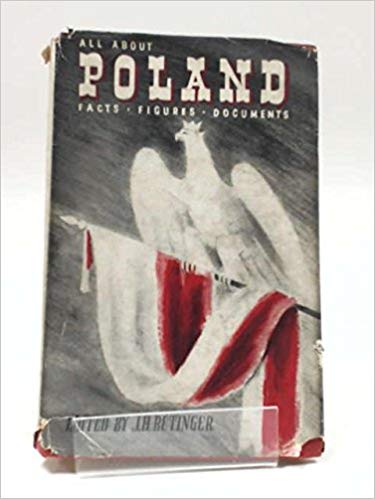 Facts About Poland, by Jozef Retinger. 1941

Jewish Economic Hegemony Harmed Both Poles and Jews: Why [Absent the Holocaust] Mass Jewish Emigration Was Essential. Polish “Intransigence” in 1939 Debunked This work, written shortly after the fall of Poland in 1939, is essentially a mini-encyclopedia of interwar Poland. It includes… Read more 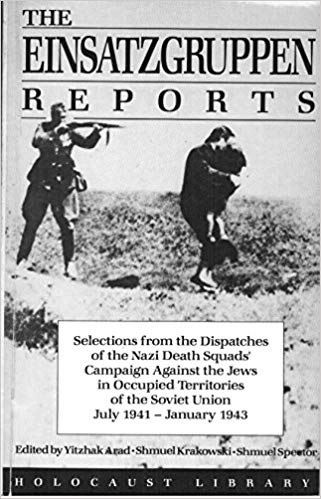 The Einsatzgruppen Reports: Selections from the Dispatches of the Nazi Death Squads' Campaign Against the Jews July 1941-January 1943, by Itzhak Arad, Itzhak Arad. 1989

The Holocaust By Bullets. How Nazi Germans Exploited the Pre-Existing Jewish Advantages and Wrongs to Locals, In Order to Secure At Least Passive… Read more 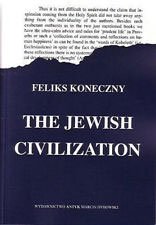 A Classic. Monotheism Vs. Monolatry. The Talmud. Modernized Jewish Messianism Behind Communism. Judaism and Nazism JEWISH CIVILIZATION is the title of this Polish-language work (review based on original 1943 Polish-language edition, not the abridged English-language translation). There is such a wealth of… Read more 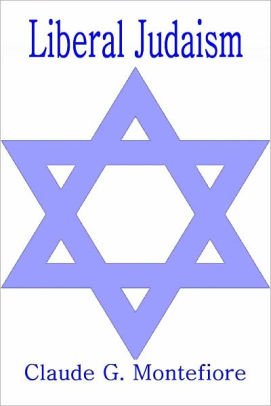 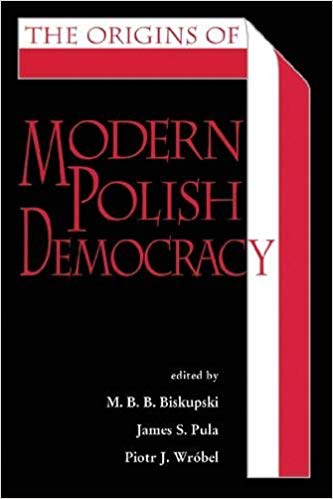 The Origins of Modern Polish Democracy, by Mieczyslaw B. Biskupski et al. (ed.) 2010

A Survey of Polish Democracy. Too Much LEWACTWO in This Anthology This anthology of scholarly articles requires the reader to have a deep understanding of Polish politics in order to appreciate and evaluate fully. The articles… Read more 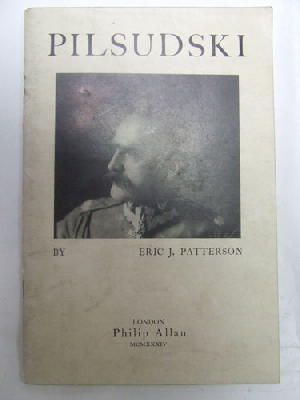 The Fairy Tale of Pilsudski the Dictator: Poland's Democracy Was Never Abolished This delightful book spans the life of Pilsudski from before his birth, his revolutionary days in tsarist-Russian occupied Poland, the resurrection of the Polish state, and the Polish… Read more

Jewish Disloyalty to Poland at Her Re-Founding (1918). How International Jewry Harmed Poland JEWS AND POLAND, published in 1921, traces part of the path by which Jews came on a collision course with Polish national aspirations. It facilitates the undemonizing of Roman… Read more 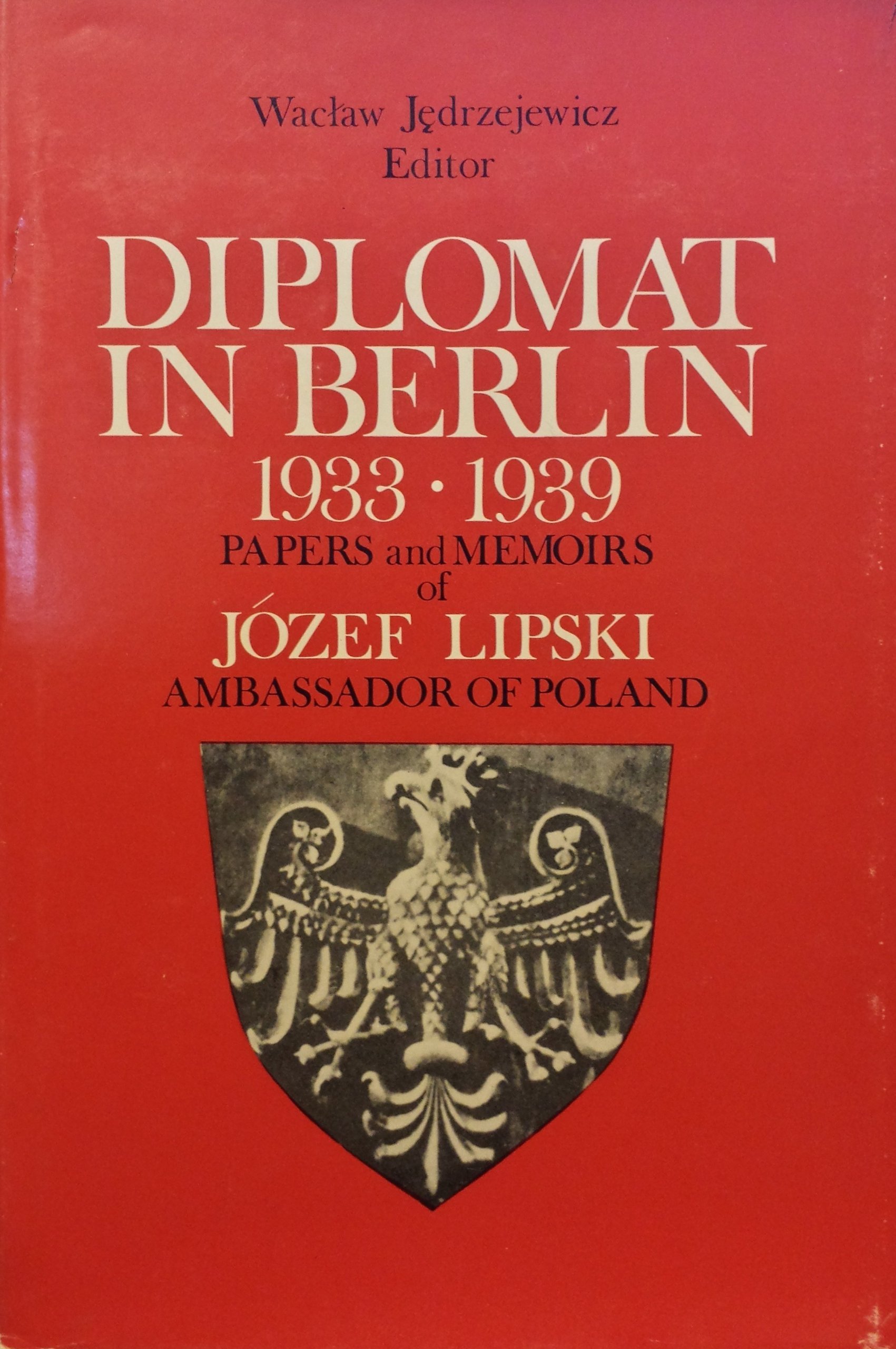 Henry Ford–Say What You Will About Him–Was Right About Polish Jewish Relations. Ford 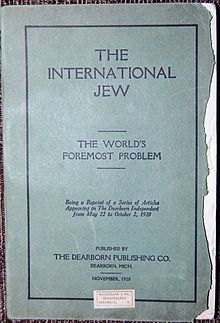 The International Jew, by Henry Ford. 1920 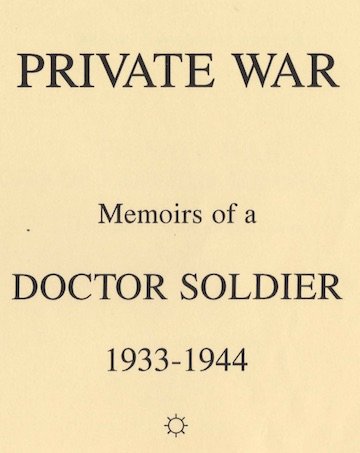 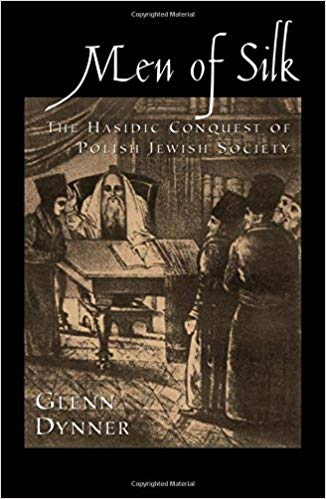 The Hasidic Movement in Old Poland. Ghetto Benches Irony. Zydokomuna Ran in Families This is a very detailed work which contains much technical detail. The title, MEN OF SILK (Kitajcy), stems from the fact that Hasidim commonly wore silk in order to avoid… Read more 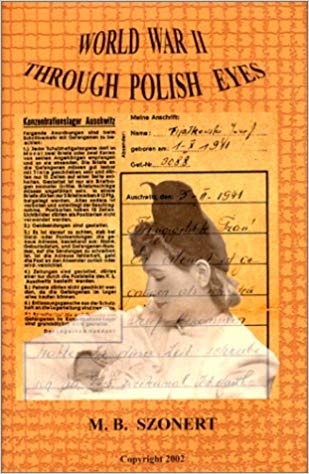 Teschen (Cieszyn) 1938. Very Few Poles Released From Auschwitz. "Creeping Egalitarianism" (My Term): Polish Nobility Reached 15% of the General Population This work describes the events surrounding WWII through the eyes of specifically-named Polish individuals who experienced the events, or… Read more 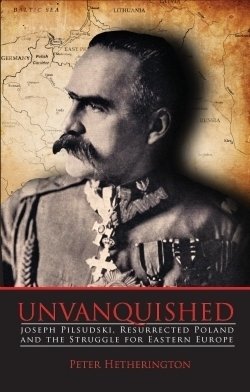 Excellent Mini-Encyclopedia About Pilsudski Authored by a Non-Pole. Bereza Kartuska: Much Ado About Almost Nothing Very rarely does someone who is not Polish acquire a productive fascination with Polish issues and personages. Such is… Read more 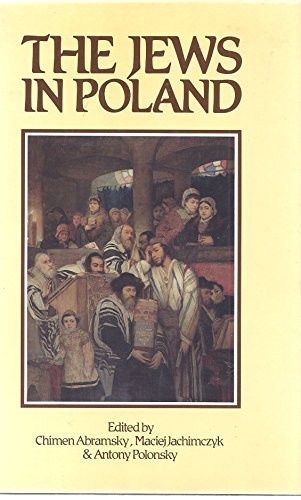 Awfulization of the Jewish Experience, in 1930s Poland, Rejected. Jewish Economic Hegemony Harmed Non-Jews. Seldom-Appreciated Facts on Betrayers and Rescuers of Jews Of the numerous authors in this anthology, this review focuses on those that bring… Read more

Why More Jews Did Not Emigrate: Jews Didn’t Want To! Candor on Zydokomuna. Mendelsohn 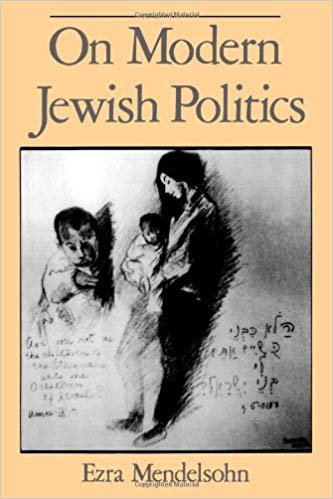 Atypically Even-Handed and Objective. Frankness on the Zydokomuna. Pre-WWII Zionism Had Limited Success Because of Jewish Choices This insightful book packs a wealth of information. For example: THE LITVAK PROBLEM WAS VERY REAL The Litvaks (Litwaks, LITVAKES in Yiddish) were long… Read more 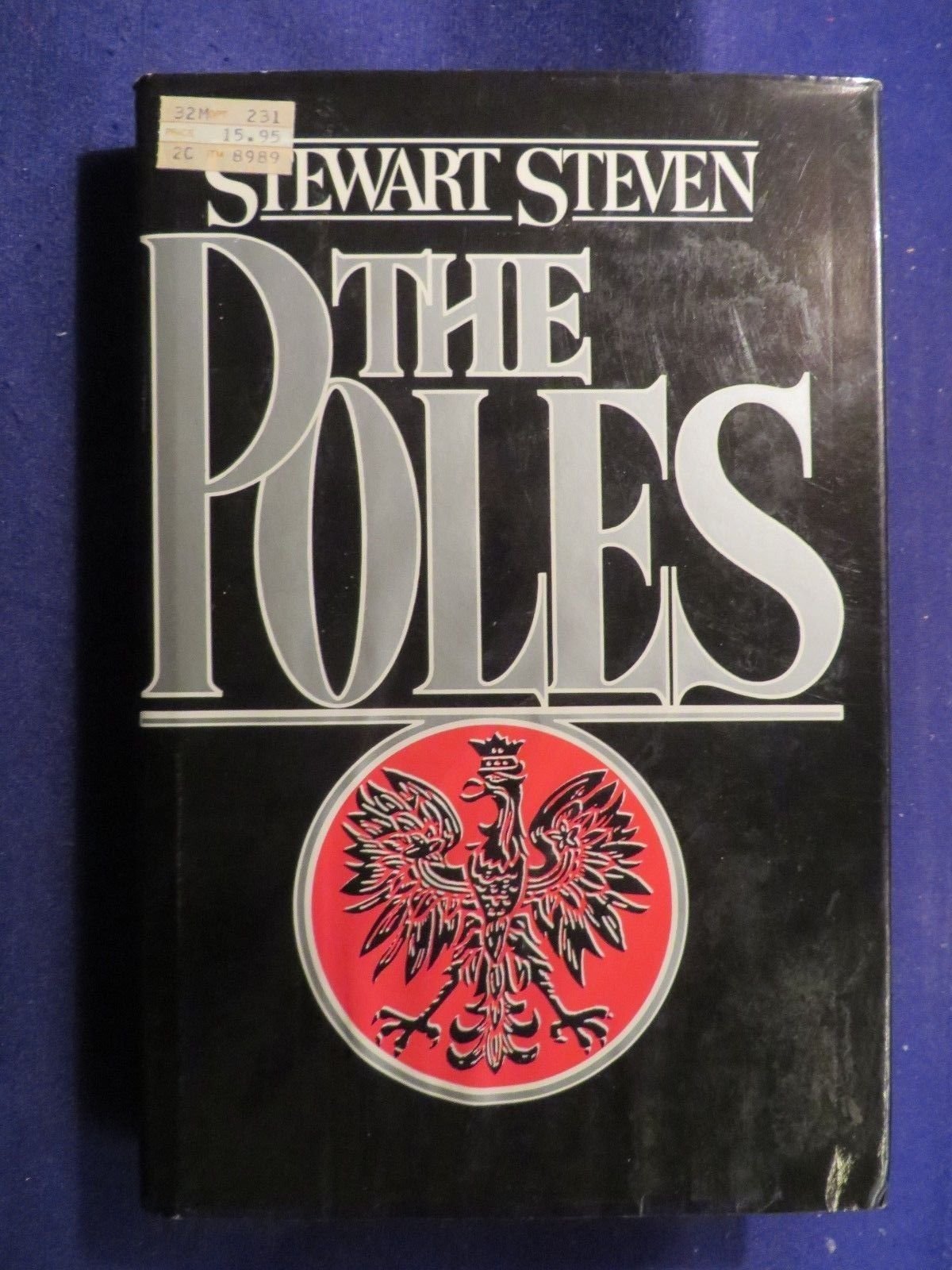 To see a series of truncated reviews in a Category click on that Category: